The Gift of Modern Buddhism

Modern Buddhism is a special presentation of Buddha's teachings designed especially for the people of the modern world.

It is a practical way of life based on wisdom and compassion that is open to everyone regardless of age, race, gender, sexual orientation or faith.

Explore how the ancient wisdom of meditation and Buddhism can be incorporated into your life by improving your capacity for inner peace.

Our international Buddhist community has made a profound impact through hundreds of meditation centers in cities and towns worldwide.

Modern Buddhism is a special presentation of Buddha's teachings designed especially for the people of the modern world.

It is a practical way of life based on wisdom and compassion that is open to everyone regardless of age, race, gender or faith.

Venerable Geshe Kelsang Gyatso Rinpoche, founder of the New Kadampa Tradition (NKT-IKBU) and Modern Buddhism, has spent his entire life benefiting others through helping people find true inner peace. Born in Tibet, he ordained as a Buddhist monk at the age of eight and spent the next twenty years studying the teachings of Buddha in the great Tibetan monasteries.

• After concluding his studies and being awarded the title ‘Geshe’, which means ‘virtuous spiritual friend’, he entered a life of meditation, engaging in deep retreat in Tibet and India where he soon developed a reputation as a meditation master.

• After almost twenty years in retreat, in 1977 he was requested to teach at Manjushri Centre in England and graciously agreed with the encouragement of his own Spiritual Guide, Kyabje Trijang Dorjechang.

• Since moving to the West, Venerable Geshe Kelsang has given thousands of teachings, helped establish the International Kadampa Buddhist Union, trained hundreds of Buddhist teachers, and written 23 highly acclaimed books on Buddhism and meditation, including his most prolific title, Modern Buddhism which is free to download. Or visit Tharpa Publications for info about or to purchase any of Geshe-la's books, mp3 downloads, or Buddhist artwork. 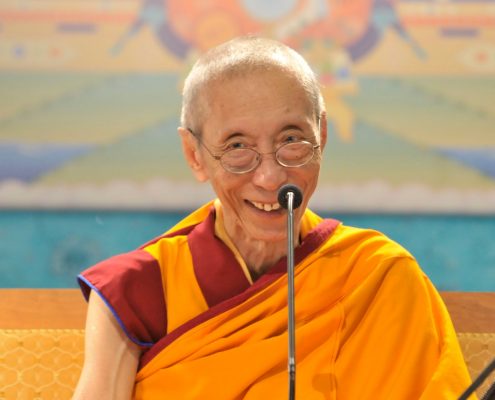 The New Kadampa Tradition–International Kadampa Buddhist Union (NKT-IKBU) is an international association of Mahayana Buddhist study and meditation centers founded by Venerable Geshe Kelsang Gyatso Rinpoche to offer the practical wisdom of Kadampa Buddhism to the people of the modern world.

• NKT-IKBU is an entirely independent Buddhist tradition with no political affiliations and follows a pure tradition of Mahayana Buddhism handed down in an unbroken lineage from Buddha Shakyamuni through the ancient Kadampa teachers Atisha and Je Tsongkhapa and introduced into the West by Venerable Geshe Kelsang Gyatso Rinpoche.

• With over 1,200 centers and branches worldwide in 40 countries, our rapidly growing tradition is an international spiritual community, offering support, inspiration and encouragement for this joyful and profound spiritual path.

• Regional, national, and international gatherings, called Dharma Celebrations and Festivals, happen throughout the year. They are inspiring events where you meet with like minded people and get immersed in the experience of spiritual teachings and meditation in a group of hundreds or thousands of people. They are truly unique and powerful. You can learn more here. 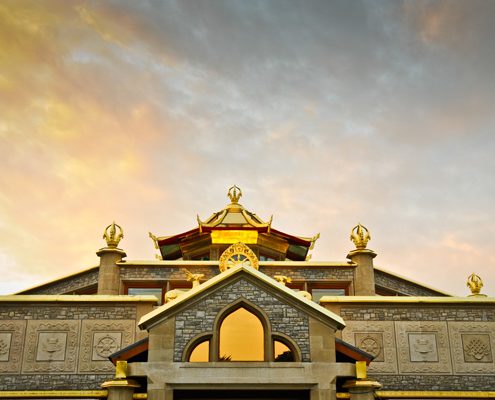 Be up-to-date with upcoming events 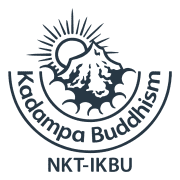